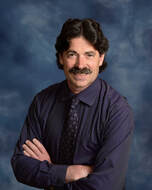 Pastor - Rev.  Dr. John Loeser
Pastor John was raised in Kenmore, NY, and has been a member in the United Methodist Church since 1975. As a young adult he served Kenmore UMC caring for their buildings and grounds for 22 years. During his time at KUMC he became involved in many aspects of local church ministry, which led him to sense God's call to pastoral ministry. He began his post secondary education at age 40, and left KUMC to enter seminary 5 years later. He has served in pastoral ministry since 2009, was ordained a full Elder in the Upper New York Annual Conference in 2016, and received his DMin (Doctor of Ministry) in 2020. Pastor John's passion is leading people in Christian spiritual formation opportunities, Bible studies, pastoral care, and Christian mentoring. His personal interests include exploring God's world, walking and biking for exercise, and fixing things that are broken.

Music Director, Organist  & Praise Team Leader - Jeffrey Thompson
Jeffrey Thompson has been organist at Baker Memorial since 2002.  He studied organ with Judy Congdon at Houghton College and David Bond in Buffalo.  He is a member of the American Guild of Organists and performs several recitals each year.  He oversees the music program at Baker, serving as leader of the contemporary Praise Team and accompanying the choir to provide a diverse musical worship experience.  He is an active tenor soloist in the WNY region.  His works full time as an emergency physician in Buffalo, but considers music and ministry his greatest passions.  He is also a volunteer youth leader.